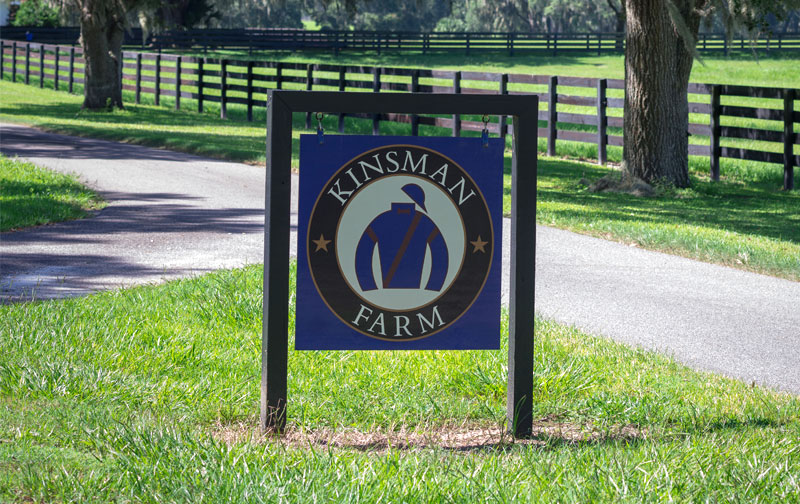 Kinsman is named for the Cleveland street where founder George Steinbrenner’s German ancestors settled in 1840.

George and Joan Steinbrenner became involved in thoroughbreds when they purchased land in Ocala, Florida in 1969 which became Kinsman Farm and now spans over 750 acres. In his lifetime, George loved racing horses but he also cared deeply about Kinsman Farm and raising strong thoroughbreds. His passion and commitment to the industry was rewarded when his two-year- old Majestic Warrior won the Prestigious G1 Hopeful in Saratoga in 2007. Majestic Warrior was the fourth generation of breeding, his mother Dream Supreme was a Multiple G1 winner winning the G1 Test and G1 Ballerina at Saratoga and her mother, Spinning Round, also won the G1 Ballerina.

We want to hear from you

For more information, please send an email or contact by phone.